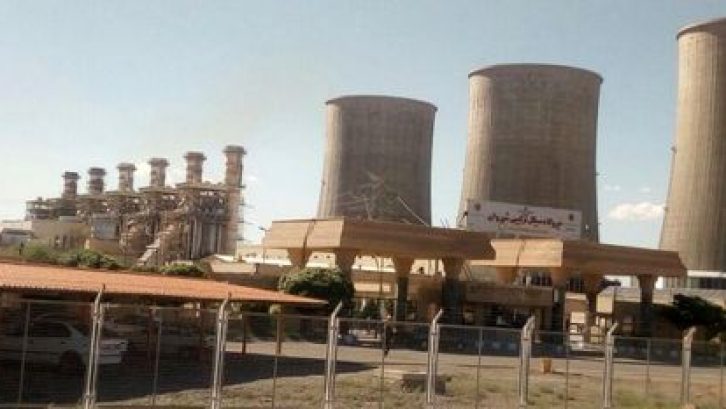 Construction of steam units has started in several power plants and more will be added soon, a senior executive at the Thermal Power Plants Holding Company said.

“With the construction of 46 steam units across the country, total electricity production will increase by about 7,500 megawatts without raising fuel consumption,” Hamid Sardari was quoted.

If the same amount of power was to be produced by gas units, more than 12 billion cubic meters of gas would be burnt, he added.

So far steam units in power plants in Kashan, Asalouyeh, Urmia, Parand and Jahrom have been synchronized to the national grid, he said, adding that three more units will be launched by next March.

The new steam units will add 960 MW to the national electricity network.

Ten more steam units are under construction in different cities and plans are underway for adding 25 more such units in state and private power plants in Shahroud, Semnan, Aliabad, Soltanieh, Isfahan, Iranshahr and Mahshahr among others.

“There are many gas-fired power plants in Iran with a capacity of more than 20,000 MW, operating at 32% efficiency,” Sardari said.

“Construction of steam units next to gas turbines and converting conventional power stations into combined-cycle power will increase efficiency to nearly 45%,” he said.

By converting gas units into combined-cycle units, it is possible to reduce global greenhouse gases by 43 million tons per year.

Energy from a thermal power plant not utilized in power production leaves the plant in the form of heat into the environment.

A combined-cycle power plant uses both gas and steam turbines to produce up to 50% more electricity from the same fuel input than a traditional plant. The waste heat from the gas turbine is rerouted to a steam turbine, which in turn generates more power.

Iran needs to increase electricity generation as consumption rises every year due to the rise in the number of subscribers.

With a population of over 83 million, Iran is the 18th largest power consumer in the world, which environmentalists and economic experts say should be cut by a big margin by modernizing equipment and machinery in plants and encouraging households to be more judicious.