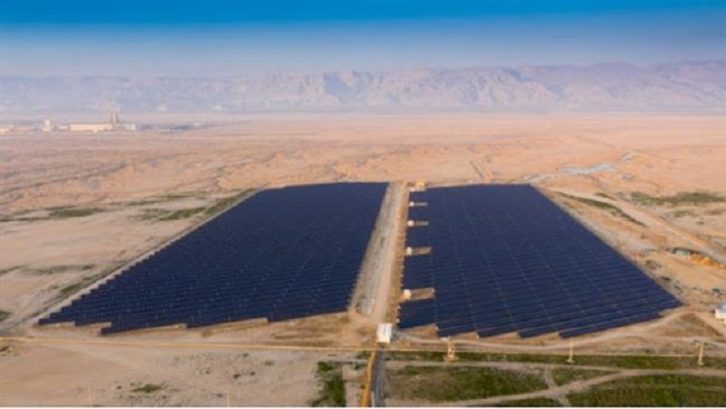 Six new solar plants will come online in Fars province in southern Iran, marking another watershed in the country’s path to a decarbonized energy system and expanding its renewable portfolio.

President Hassan Rouhani and Energy Minister Reza Ardekanian will oversee the commissioning of the plants, including the 10-megawatt Kourdeh project in Larestan, via a video conference.

“These industrial power projects, which have entered the operation phase mainly with foreign investment, beside promising utilization of clean energy, suggest the ineffectiveness of the pressures caused by oppressive sanctions against our country,” the news agency said.

Kourdeh is the biggest of the plants, built by a private developer with 11 million euros of investment.

“With the operation of this power plant, an annual release of 13,712 tons of environmental pollutants will be avoided, and 4,272 cubic meters of water will be saved a year,” the Fars province’s deputy governor Jalil Hosseini told.

The other plants will become operational in Shiraz, Eqlid, Lamerd and Nayriz. They will collectively add 33 megawatts of new capacity to Iran’s national grid.

They will also raise overall renewable energy capacity in Fars province to 58.6 megawatts, Hosseini told. He said permits have been issued to set up 17 more solar plants with capacities ranging from one to 25 megawatts in the province.

Renewable energy is booming in Iran, but new US sanctions have disrupted some of Tehran’s expansion plans.

Before May 2018, the Islamic Republic expected its installed renewable capacity to grow at least sevenfold over the next five years.

British firm Quercus had signed a deal to help build the world’s sixth-largest solar farm in central Iran, investing over half a billion euros, but it abandoned the project in fear of the US sanctions.

Dutch energy firm Global Renewables Investments (GRI) planned to build up solar and wind farms that could produce up to 1,700 MW of electricity, but it followed its European peers in leaving Iran.

Iran’s ambition is to install 5,000 of renewables by 2022, according to officials. The country is a signatory of the 2015 Paris climate agreement committing 195 nations to limit their carbon emissions.

Scientific studies suggest Iran can increase electricity generation from the renewables to up to 80,000 MW, of which around 80 percent can come from the solar energy.

Increase in renewable capacity can also allow Iran to free up a significant amount of natural gas burnt in thermal power plants and feed it to export pipelines.

The country accounted for 57 percent of West Asia’s total in 2019 and 63 percent in 2018, the agency said in a report. Renewables accounted for 26 percent of total power capacity expansion last year in the region, it said.

Hydropower comprises the bulk of Iran’s renewable capacity, nominally put at 12,000 MW. Hydroelectric plants, however, produced less for many years because of a protracted drought which caused dam levels to plunge. According to officials, Iran’s hydroelectric power plants can produce at least 10,000 MW.

The country has an additional renewable production capacity of some 900 MW from other sources such as wind power, solar farms and burning of biomass and waste.