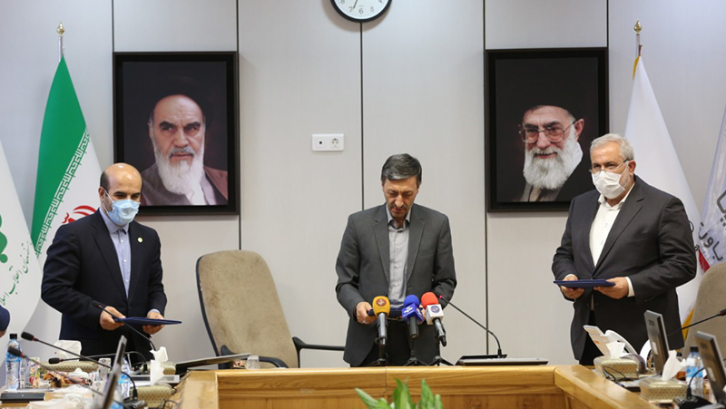 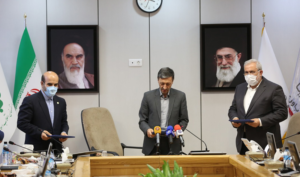 Based on the agreement, two gas-fired units of the second phase and the steam portion of the first phase of the power plant will by synchronized to the grid. The synchronization will take place by March 2022, and before the summer peak demand. With construction of the second phase, the western province of Lorestan will be largely independent in supply of its base power consumption.

Speaking during the signing ceremony, MAPNA President Abbas Aliabadi praised efforts to construct power plants across the country in the recent years. Pointing to the 83 thousand-MW power generation capacity of Iran, Aliabadi highlighted the need to move the next level in the power industry and start power-to-x enterprise and electrification of rail, road, and urban transportation.

“This is a strategy pursued in developed country and Iran should follow suit,” Aliabadi said. “That is how we can produce globally competitive goods.”

CEO of Thermal Power Plants Holding Company who also spoke during the event provided further details on the project. “The revenue collected from power purchase agreement in units I and II will be channeled into completion of new phases,” Tarztalab said.

With a total capacity of 324 MWs, the first two gas-fired units of Khorramabad plant started operation on May 28, 2020. Addition of the third gas-fired unit by March 2022 will increase Khorramabad’s power capacity to 500 MWs.

Saba Power and Energy Group will fully finance the project. MAPNA Group will serve as contractor. Thermal Power Plants Holding Company, a subsidiary of Power Ministry, which is the owner of the national grid by law, has committed to purchase Khorramabad Power Plant electricity.

Once in full operation, the power plant can supply power for neighboring regions too.

MAPNA Group will use the more advanced MGT70 (30) turbines for the second phase of the project, which hold a power generation capacity 20 MWs higher than those installed in the project’s first phase.

As part of the trilateral agreement, Power Ministry has agreed to settle part of its debt to Saba Power and Energy Group in form of foreign currency handed to MAPNA Group to complete the project.